What happens when geek girls grow up? This one became a romance writer. 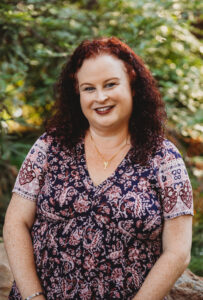 You’ve met me (or someone like me) before. I was the girl who spun in circles on the playground hoping my Wonder Woman costume would magically appear before playing cops and robbers a la Charlie’s Angels–Sabrina was my favorite. I was the girl in the back of the class with a paperback romance hidden in her algebra book (and yes, I failed algebra). I was the girl making up stories about the Starship Enterprise and trying to figure out how I could join the Hardy Boys on their latest adventure.

I can’t remember not having a book in my hand or a story in my head. Growing up in the 70′s and 80′s meant there weren’t a lot of YA books, so I ventured early into mainstream fiction and read Stephen King’s CARRIE at the age of 8. Discovering Nora Roberts and romance novels early in high school opened my eyes to the wonders of storytelling and the beauty of a happily ever after.

There’s something incredible about creating something out of nothing, of having a glimmer of an idea transform itself into a story somewhere between thought and fingers. Creating rich characters with life altering conflicts, setting them on their journeys of self-discovery to their happily ever afters is what I live to do. It’s what I love doing and there is nothing like the rush that comes from bringing a story to life with the stroke of the pen or the click of the keys.

So here I am, many years later, an English Degree on my wall, countless stories in my head, and coping with a serious addiction to STAR TREK, SUPERNATURAL, and all things Disney. An author writing sweet and mainstream romance, romantic suspense, and paranormal romance. Life doesn’t get any better than that.

USA Today and national bestselling author Anna J. Stewart writes sweet to sexy romance for Harlequin’s Heartwarming and Romantic Suspense lines as well as ARC Manor. Early obsessions with Star Wars, Star Trek, and Wonder Woman set her on the path to creating fun, funny, and family-centric romances with happily ever afters for her independent heroines and the men who love them. A former Golden Heart nominee, Anna’s books have finaled in the Daphne DuMaurier and National Reader’s Choice awards. Her sweet romance RECIPE FOR REDEMPTION was recently turned into a holiday movie for UPtv (A CHRISTMAS RECIPE FOR ROMANCE) which aired during the 2019 holiday season. Since her first novella with Harlequin in 2014, Anna has written and published more than forty romances in multiple sub-genres. Anna lives in Northern California where she deals with a serious Supernatural, a Jason Momoa addiction and two slightly nutty cats named Rosie and Sherlock. When she’s not writing, you can find her cooking and baking, binge-watching classic TV and cooking shows, attending fan conventions, or heading to the movies. You can read more about Anna, her books, and the writing workshops she offers at www.authorannastewart.com. 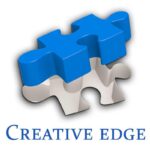 IN HER OWN WORDS…

Click on the links below to hear Anna’s interviews on various subjects (mostly writing, but other fun stuff, too!) 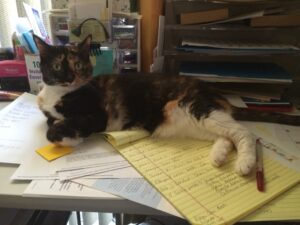 I lost my beautiful, annoying, ever-present feline editor Snickers in April of 2018. Those with shadow pets know how hard this can be, but I’m so grateful for the years I had with her. Hold and hug your fur babies tight. They truly help light up our world. There will be more cats…but there will never be another Snickers. 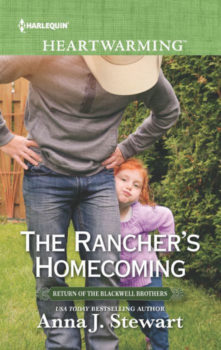